Neal Boortz recently posted this side by side comparison of the two largest Ponzi schemes used to steal investor money in this country. 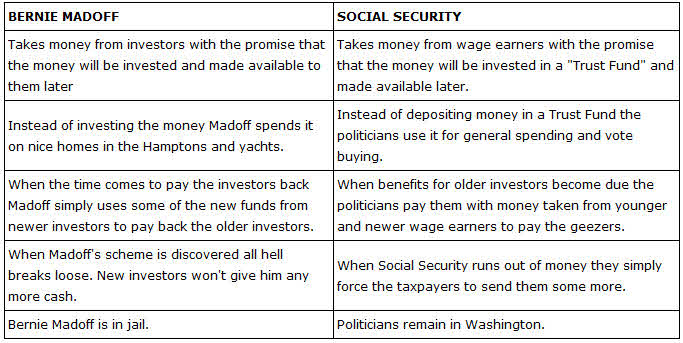 Another big difference between the two schemes was the fact that Madoff's victims invested their money voluntarily, while Social Security is funded at the point of a gun. Madoff's investors stopped giving him their money as soon as it was revealed to be a fraud. IRS is still forcing people to pay in to the SSA even now that's its collapse has been revealed to be imminent.